The journal includes a wide range of fields in its discipline to create a platform for the authors to make their contribution towards the journal and the editorial office promises a peer review process for the submitted manuscripts for the quality of publishing.

For submission authors can directly submit manuscript to [email protected]

Manuscripts number will be provided to the corresponding author within 72 hours for the respective manuscript submitted.

This license lets others distribute, remix, tweak, and build upon your work, even commercially, as long as they credit you for the original creation. View License Deed | View Legal Code. *IF is calculated based on the citation data that was available till the last calendar year. 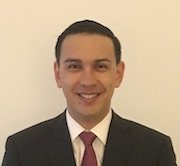 John Gahagan, MD is a Clinical Assistant Professor of Surgery in the Section of Colorectal Surgery. He has extensive training in advanced minimally invasive surgical techniques including robotic and laparoscopic surgery. He has authored several textbook chapters and original articles in peer-reviewed journals. His clinical practice is focused on the surgical treatment of colon and rectal cancers, inflammatory bowel disease (ulcerative colitis and Crohn’s disease), and benign colon and anorectal diseases (diverticulitis, hemorrhoids, fistulas, fissures). He believes in patient-centered care and multi-disciplinary approach to the treatment of diseases of the colon, rectum and anus. He joined Stanford in 2019 and is excited to build a Stanford colorectal surgery practice in the East Bay and Tri-Valley area at Stanford – ValleyCare in Pleasanton.

University of Texas Medical Branch, Department of Obstetrics and Gynecology 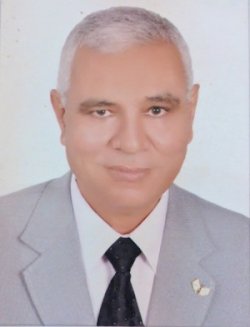 Dr. Abdelmonem A. Hegazy is currently working as Professor of Human Anatomy and Embryology, College of Biotechnology, Misr University for Science & Technology (MUST) & Faculty of Medicine, Zagazig University, Egypt. He is also a Consultant of Obstetrics, Gynecology and Infertility. He is the former chairman of the Anatomy and Embryology Department, Faculty of Medicine, Zagazig University (Egypt); and Professor in King Saud and Majmaah Universities (KSA) 2009-2013 and Misurata, Faculty of Medicine (Libya) 2000. He is Editor-in-Chief of the following international journals: International Journal of Human Anatomy (USA); Women Health and Complications (UK), SAR Journal of Medical Case Reports (Bangladesh), Journal of Medical & Advanced Clinical Case Reports (India) & Editor-in-Chief of Journal of Frontiers Journal of Anatomical Variations (FJAV). He is the Former Editor-in-Chief of Zagazig University Medical Journal (Egypt). Dr. Hegazy is also a referee of scientific research submitted for promotion of professors in Egyptian Universities. He is also Member of International Institutional Review Board – IRB (Hong Kong). Dr. Hegazy participates in Zagazig University academic, scientific, educational and professional development activities in the fields of medical sciences development, including basic and clinical research, policy implementation, design programs, set coursework plans, curricula, syllabi, scientific conference paneling, as well as designing and delivering a wide scope of continuous professional development programs, including training, strategic planning, research methodology, scientific thesis and dissertation writing; research proposal, medical ethics, organization’s behavior issues, all with emphasis on system and staff development. Dr. Hegazy is a member of Institutional Research Board (IRB) unit, Egyptian Medical Syndicate, Egyptian Society of Anatomy, and Postgraduate and Scientific Research Affairs Committee, Faculty of Medicine. His pool of academics consists of original research articles/books/book chapters in various national and international accredited publishing houses. Dr. Hegazy has plenty of scientific publications and projects with many citations. He has got many national and international honors and awards. Dr. Hegazy has been supervising post graduate students in their thesis works. He is also a well-known reviewer/referee/editorial board member in more than 150 international indexed journals. Prof Hegazy is a Global Goodwill Ambassador (GGA). He is also an Egyptian Ambassador for International Program for Prevention of Child Abuse ‘My Body is My Body’.

2. Awarded ‘CERTIFICATE OF APPRECIATION’ from SVIMS TIRUPATI for exemplary services rendered to poor patients under “RAJIV AROGYASRI SCHEME’ in Aug 2008.

6. Awarded ‘HONORARY MEMBERSHIP’ by ‘CHAITHANYA MEDICAL FOUNDATION’, Bangalore on 15th Jan 2010 for contribution to promote telemedicine technology and adopting the technology to provide medical care and specialist services to patients.

13. Awarded certificate of appreciation from ‘ACADEMIC JOURNALS’ on 30 Dec 2011.

19. Awarded ‘HONORARY MEMBERSHIP & ADVISOR’ to ‘INDIAN BOARD OF ALTERNATIVE MEDICINE (IBAM)’ in Feb 2015.

22. Awarded ‘HONORARY MEMBERSHIP & ADVISOR’ to ‘INDIAN BOARD OF ALTERNATIVE MEDICINES (IBAM)’ in Feb 2015.

23. Awarded 7th position among top 15 contributors of articles in semi-annual evaluation of journal ‘PLASTIC AND AESTHETIC RESEARCH (PAR)’ in Feb 2015.

25. Awarded ‘Certificate Of Appreciation’ from smile train, USA in August 2016. 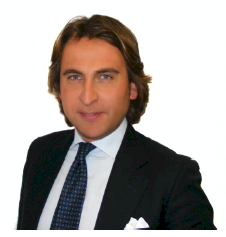 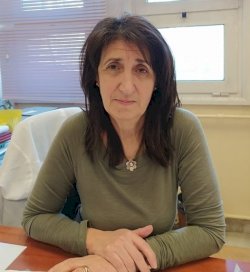 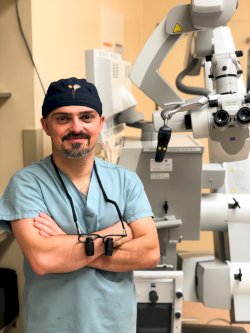 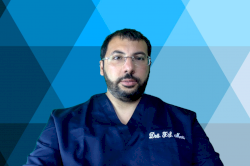 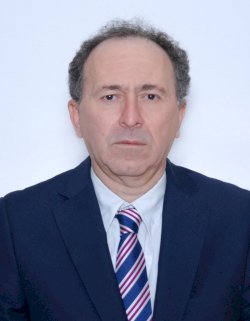 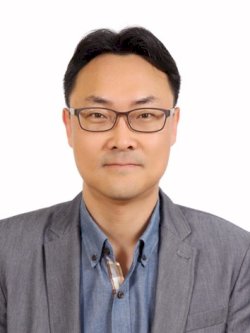 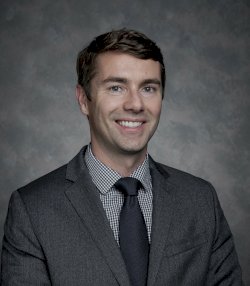 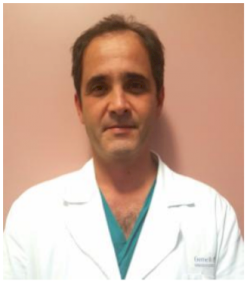 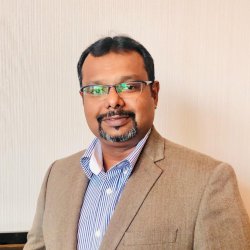 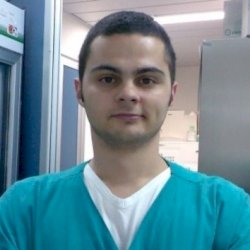 Non employed at the moment 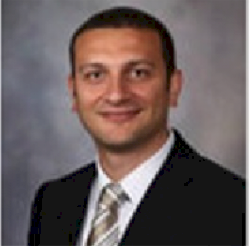 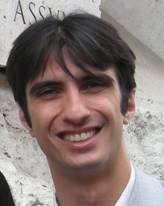 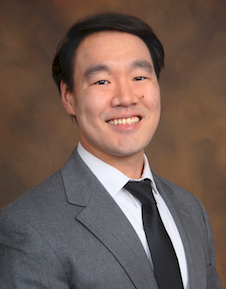 The University of Texas Medical Branch 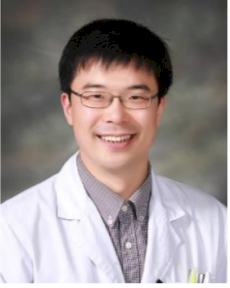 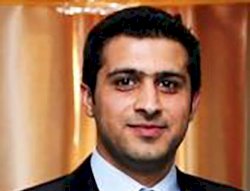 Will be updated soon

You can submit your manuscript at Science Repository. Authors submit manuscript files and metadata & can request for revision. Editors use the system to review submissions, assign to reviewers, and make and communicate decisions to accept, revise, transfer or reject manuscripts. Reviewers are invited to work on manuscripts, can accept or reject assignments.

For submission authors can directly submit manuscript to [email protected]

Manuscripts number will be provided to the corresponding author within 72 hours for the respective manuscript submitted.

Surgical Case Reports is an Open Access journal and we do not charge the end user when accessing a manuscript or any article. This allows the scientific community to view, download, distribution of an article in any medium, provided that the original work is properly cited, under the term of "Creative Commons Attribution License".

In line with other open access journals we provide a flat fee submission structure on the acceptance of a peer-reviewed article which covers in part the entirety of the publication pathway (the article processing charge). The process includes our maintenance, submission and peer review systems and international editing, publication and submission to global indexing and tracking organisations and archiving to allow instant access to the whole article and associated supplementary documents. We also have to ensure enough investment to secure a sustainable model which ethically, legally and financially stable.

The publication charges for Surgical Case Reports are £ (GBP) 1699.

Why do we charge?

All articles published in Science Repository are open access. Open Access publishing implies that all readers, anywhere in the world, are allowed unrestricted to full text of articles, immediately on publication in Science Repository Journals. The Article Publication Charges pay for the editorial and production costs of the journal, for hosting the website, publishing articles online, preparing HTML , PDF and XML versions of the articles and submitting the articles in electronic citation database like CrossRef.

Our financial goals are to:

When should I pay?

Corresponding author or the paying institutions should arrange for the payment once they are notified regarding acceptance of the article. APC is exempted for cases in which a wavier agreement has been made in-prior to submission.

*We request an immediate attention towards the payment as the articles will not be published unless the charges have been paid.

Who will pay the APC (Article Processing Charges)?

Corresponding author or Co-authors has to make the payment on acceptance of the article.

Authors or institutions can make payments by two modes as per their convenience.

Note: No taxes are included in this charge, taxes will be applicable as per the policies of the country of the payee. Additional transaction gateway charges may be levied on the payee.

Do I have to pay if my manuscript is rejected?

No, Article processing charges will not be applicable for articles rejected by the Editorial office.

Can I be eligible for wavier on APC?

The waiver request will be considered on a case-by-case basis, and will be provided accordingly.

*The Waiver requests must be made during the submission process and will not be accepted after processing of the manuscript.

Are reprints of my article included in the article processing charges (APCs)?

No, Article processing charges (APCs) do not include the charges for the reprints. Reprints facility is optional and should be order separately.