A 45-year-old gentleman, an advocate, with no prior comorbid illness, presented to emergency room of our hospital at 9pm with complaints of abdominal pain and distension, unable to void urine/defecate. On examination, he was pale, hypotensive, diaphoretic, had tachycardia and tachypnoea. Abdomen was tender and distended, predominantly lower abdomen. Rectal examination revealed a bulge over anterior rectal wall and there was no significant rectal bleed. He had undergone DGHAL RAR that morning elsewhere at 11am and his symptoms began 2 hrs after surgery. There was no history of abdominal or pelvic trauma. There was no prior history of hemorrhagic diathesis (petechiae/bleed after minor trauma/spontaneous bleeds), and coagulation studies were in normal range. Blood investigations revealed a Haemoglobin of 5gm%, which was 15 gm% in the test done before surgery the same morning. CECT abdomen revealed a large pelvic hematoma with no active contrast extravasation (Figure 1). He continued to worsen, requiring greater pressor dose, increasing abdominal distension and fall in haemoglobin. He was taken for emergency embolization of bleeder but, no contrast leak was identified (Figure 2). He was taken up for emergency laparotomy.

Haemoperitoneum and pelvic haematoma of approximately 1.5 litres, was evacuated, active bleeder could not be identified but there was continuous and significant welling of blood from pelvis, which got controlled with trial clamping of superior haemorrhoidal artery. Rest of the intra-operative findings were normal. Due to benign nature of illness in a young male, with anatomical landmarks made invisible by contused tissues, resection/extensive mobilisation to look for bleeder site in deep pelvis was not considered a safer option. Superior haemorrhoidal artery was ligated, and sigmoid colon was brought out as loop stoma, fearing possibility of rectal ischaemia. He made a gradual recovery after this, moved out of ICU after 2 days, required 5 transfusions. After 6 weeks, distal loop was evaluated with imaging and scopy, following which colostomy closure was done. Postoperative period was uneventful. He is on yearly follow up and complains of constipation and has been evaluated to exclude mechanical causes and is better on laxatives. 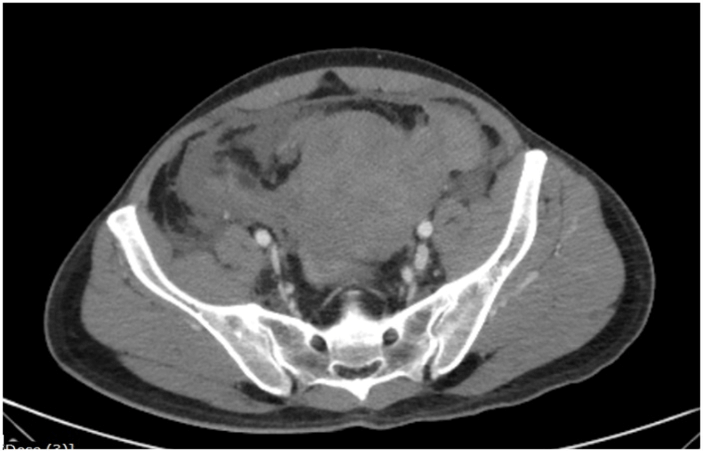 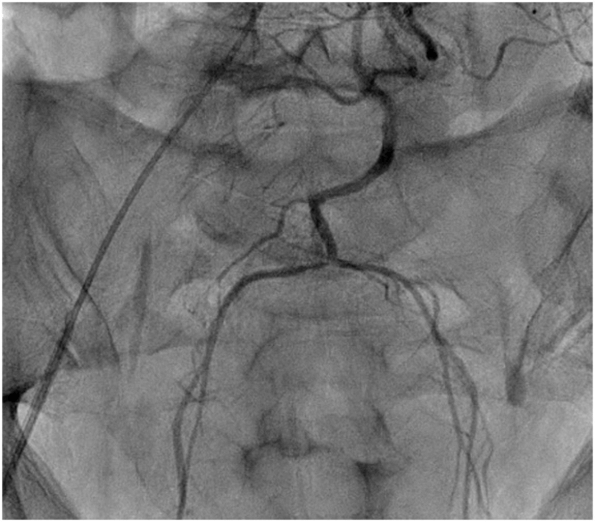 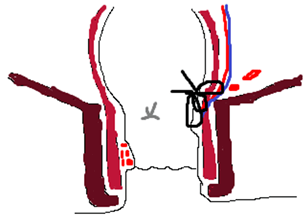 Haemorrhoids are the most common anal problems and up to 10% of them go on to require intervention, depending on their grade and symptoms [3]. Goligher’s classification is the most widely used system to assess the grade of haemorrhoids but depends solely on size/prolapse of tissue; not accounting for symptoms of bleeding, mucus discharge, faecal soiling [4]. The commoner indications for surgery are persistent bleeding, prolapse and pain. Haemorrhoidal banding is a good procedure for lower grade disease, can be done without anaesthesia and as out-patient procedure. But post-procedure bleeding and recurrence are a problem [5, 6]. Excision surgeries (Haemorrhoidectomy) are considered to be gold standard, either open (Milligan Morgan)/closed (Ferguson) technique but have lower acceptance among public due to postoperative pain. These are also plagued by post-procedure sphincter dysfunction, recto-anal incoordination due to loss of anoderm, postoperative bleeding, or infection [7]. Even the modifications of conventional haemorrhoidectomy using energy sources, LigaSure/harmonic too suffer similar complications [8, 9]. Stapled haemorrhoidectomy to excise haemorrhoids is a lesser invasive procedure, with proponents claiming lesser postoperative pain but are plagued by complications including severe ones such as perforation, occlusion of rectum, retroperitoneal hematoma, and Fournier’s gangrene [10, 11]. DGHAL with RAR modification, was proposed as good alternative to above procedures for treating higher grade haemorrhoids being safe, effective, relatively painless and repeatable procedure. It was first described by Morinaga in 1995 and uses a special Doppler coupled proctoscope to identify haemorrhoidal artery for individual ligation [12]. RAR modification was added later to treat the persistent prolapse in higher grade disease [1]. The reported complications in literature so far are pain, bleeding, prolapse, recurrence, anal fissure and so on but none of them to be life threatening [1, 2].

The rectum is a well vascularised organ receiving blood supply from superior, middle and inferior rectal arteries, in addition to minor twigs from the supply to adjacent organs. Though rectal ischaemia is rare, it has been well reported in literature and is found in elderly with atherosclerotic disease and low flow states [13]. Embolization of haemorrhoidal arteries (Emborrhoid technique) has been proposed as a novel, safe and effective technique for treating haemorrhoidal disease [14]. The technique involves super-selective embolization of terminal branches of superior haemorrhoidal arteries, but the same result cannot be extrapolated to non-selective ligation of the artery more proximally. This was the reason our interventional radiology colleagues did not proceed with non-selective embolization. Hence, we felt it was safer to divert the colon.

This probably is the first report of procedure specific life-threatening local complication attributable to DGHAL. There was no antecedent history of trauma/abdominal surgery causing it/hemorrhagic problems before the presentation. Considering emergency clinical scenario, not much attention was paid to rectal endoluminal examination, since controlling pelvic bleed in an unstable patient was our primary concern. Complete rectal mobilisation to accurately identify pelvic bleeder was not done considering benign nature of illness in a young male, with anatomical landmarks made invisible by contused tissues. Probably a high distal RAR suture above the site of DGHAL or HAL suture appear to be the culprit lacerating one of the branches of superior haemorrhoidal artery resulting in significant bleed (Figure 3). One needs to be wary of the level of ligation and depth of HAL suture or RAR suture in relation to dentate line and anorectal bundle.

© 2021 Raghavendra Nagaraja. This is an open-access article distributed under the terms of the Creative Commons Attribution License, which permits unrestricted use, distribution, and reproduction in any medium, provided the original author and source are credited. Hosting by Science Repository. All rights reserved.
DOI: 10.31487/j.SCR.2021.08.04

12.   Morinaga K, Hasuda K, Ikeda T (1995) A novel therapy for internal hemorrhoids: ligation of the hemorrhoidal artery with a newly devised instrument (Moricorn) in conjunction with a Doppler flowmeter. Am J Gastroenterol 90: 610-613. [Crossref]